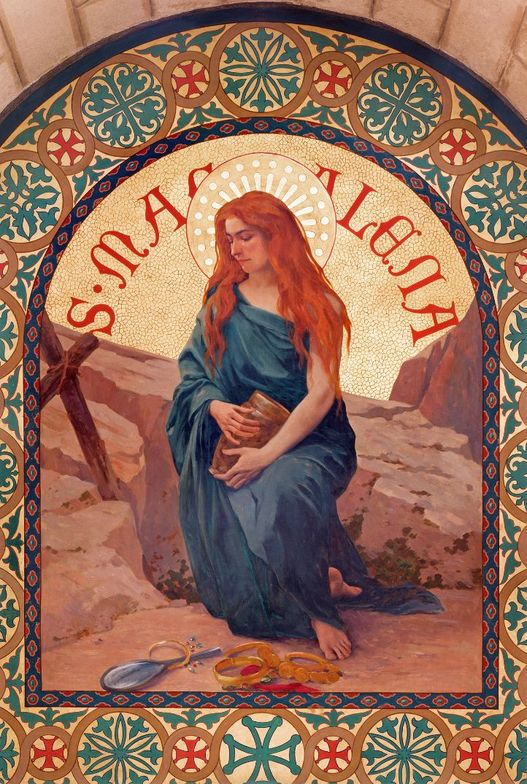 So you think you have it rough? Think about this: Devout, perhaps wealthy. Chucks it all to follow Christ, faithfully and unquestioningly. From the beginning of His mission through His crucifixion and even present at his burial and the opening of the tomb. Mentioned by more than almost all the apostles in the gospels and, in fact, is sometimes called “The Apostle to the Apostles”. And this Christian superhero was? Mary of Magda, sometimes called Mary Magdalene. And what did she get for all this devotion and loyalty? Smeared, bullied, the object of a terrible (and almost certainly inaccurate) campaign of belittlement. That began in 591 with Pope Gregory I and ended only in 1969 when church officials offered up a (terribly belated) “Oops! Sorry!” Seems as though she wasn’t a “reformed sinful woman” or any of those other ugly things. Next to Mary, Mother of God, she is Mary the rockstar, and our Saint of the Month.