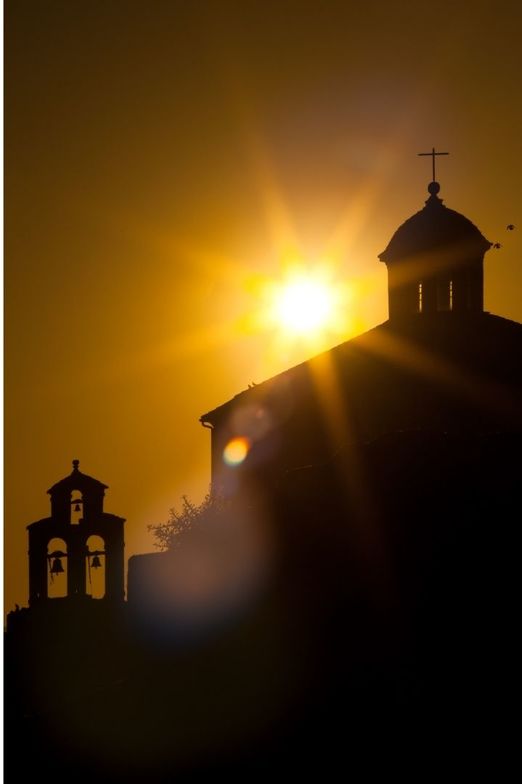 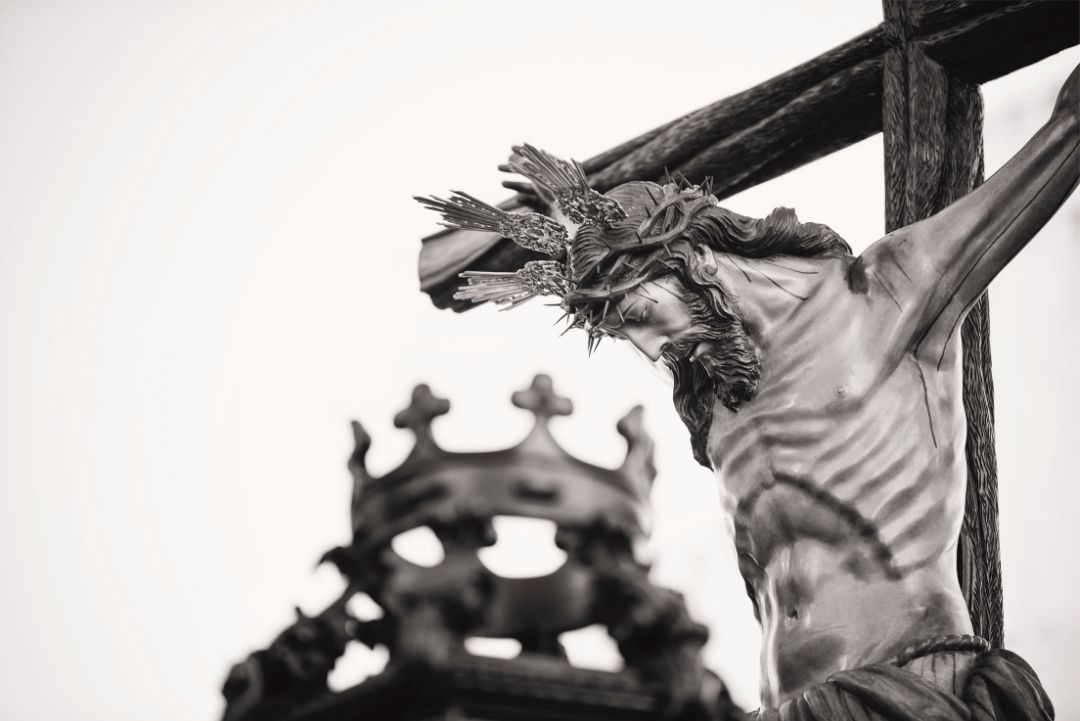 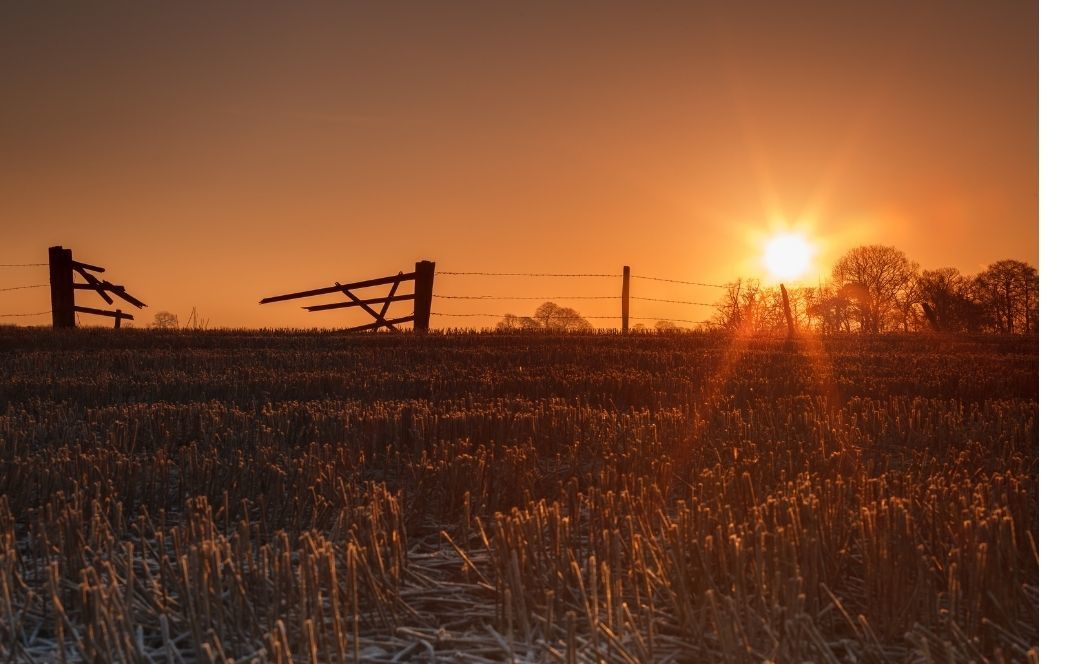 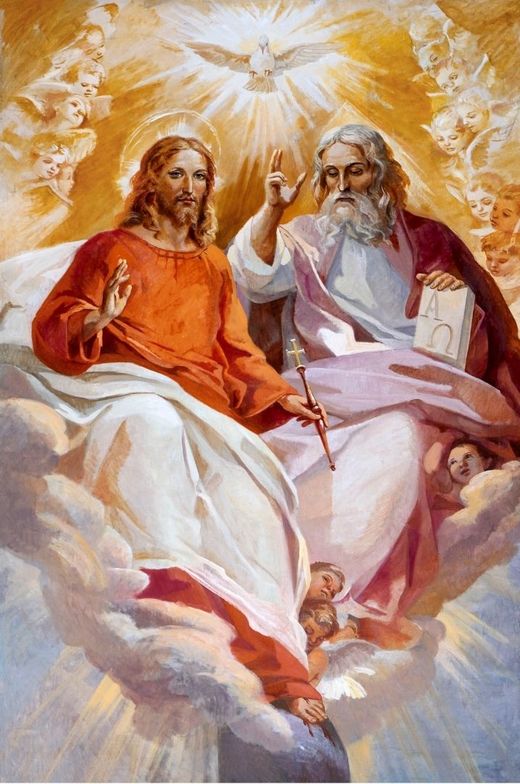 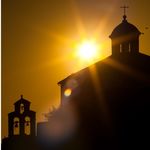 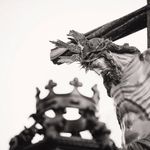 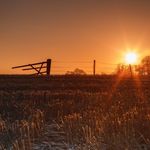 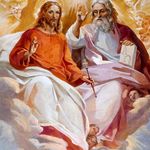 Who Jesus Christ Is

To understand who Jesus Christ Is, we must first have a basic understanding of the nature of God.  The Catechism in the Book of Common Prayer, along with the historic formula of the Church tells us that God exists as Trinity: One God, consisting of Three Persons - Father, Son, and Holy Spirit.  The Nicene Creed teaches us that the three persons are co-eternal, meaning there was never a time without all of them.  It is just the basic nature of God. The second person of the Trinity is known by two different names.  One is God the Son, the other is The Word of God (Greek: Theos Logos, Hebrew: D'var Adonai).  In the Gospel of John, we are told that the Word (Logos) was with God, was God (1:1), that all things came into being through Him (1:3), and that the Word became flesh and dwelt among us (1:14).

It is from a proper understanding of The Trinity and The Word that we can get a sense of Christ's Incarnation.  In the 5th Century at two separate ecumenical councils, theologians declared that Jesus Christ had a dual nature - fully human and fully God.  The two natures were neither separated, nor were they confused.

Lord was a title that was given to God himself.  In the Old Testament, God's proper name was written as YHVH, and yet was never spoken out loud.  During the public reading of scripture, the lector would always substitute "Adonai" for the divine name.  In Hebrew this translates to, "My Lord."

To declare Jesus as Lord is an act of faith.  In doing so, one attests to His dual nature - Fully God and Fully Human.  It's obvious to anyone that He is a human being.  It's less obvious that He is God unless you take His words and teachings at their face value.  In John 10:30 Jesus definitively stated that He and the Father are one.  Since He is God, it is very fitting to refer to Him as Lord.

As I described in this post about Hell, the question of Hell and Hades (The place of the dead) is more complicated than one might think.  Popular thinking limits Hell to a place where unrepentant sinners are tormented by demons, fire, and brimstone.  The Biblical notion however, is that Hell and Death are virtually similar in that both represent a complete separation from God.  If God is the source of life, a separation from that source results in decay and corruption, with its final destination the end of life.  Many words have described this state: Death, Sheol, Hades, and even Hell.  But to be clear, this in no way lets sin off of the hook.  Separation from God is one of the most agonizing things a person can experience.  It is its own punishment and there is no need for extra torment.

Through his passion, Jesus entered into this state of death that we are all subject to.  The Biblical narrative attests to this death, specifically by the Roman soldier piercing Him in the side (John 19:34).  When that happened blood and water poured out, indicating that through the process of dying, Jesus' plasma had separated from the liquid, creating this grotesque display of blood and water.

The heart of the Gospel however, lies in what happened next.  Jesus, being fully human, was able to enter into the state of death, or Hell - the state of being separated from God, the source of life.  And yet, being fully God, he created a logical nullification.  God Himself was in the state of No-God, and both could not co-exist.  The state of No-God, or Hell, could not exist in the presence of God, and was rendered impotent.  1 Corinthians 15:55 celebrates this in verse: "Where O Death is Your Victory, Where O Death is Your Sting? (NRSV)."

Jesus Christ Rising From The Dead

The resurrection, or Jesus Christ rising from the dead, is the next logical step now that Death/Hell is nullified.  If Death is conquered, Jesus could return as one fully alive.  But not only Him, but many who were in the state of Death also rose.  Matthew 27:51-53 states that at the moment of Christ's death, "The tombs also were opened, and many bodies of the saints who had fallen asleep were raised.  After His resurrection they came out of the tombs and entered the holy city and appeared to many (NRSV)."

Many early Church Theologians described this process of resurrection using poetic metaphor and imagery.  One of my favorites comes from St. John Chrysostom in his homily on 1 Corinthians 10.  In it Chrysostom compared Death to someone who took in food that they could not digest, and the only recourse was to vomit up all the contents of it's stomach.  If that wasn't enough, he goes on to describe it as a dragon who ingested poisonous food and burst open in the very middle, allowing all those in it's belly to escape.  Or for another metaphor, he described it as a prison which had burst, it's gates of brass broken open, and the keepers of these Hell-Gates cowered in fear.

In short, Jesus rose from the dead because His very presense destroyed Death/Hell from within - damaging it beyond repair, and opening the way to everlasting life.

The Ascension and Second Coming

Scripture and Tradition teaches us that 40 days after His resurrection, Jesus ascended into Heaven, and is seated at the right hand of the Father (Luke 24:51, The Nicene Creed: Book of Common Prayer pg. 358)  Having conquered Death the Eternal Word returned to the source of which it came, yet different.  The incarnation never ends, and Jesus is always fully human and fully God, even after returning to the Father.  In doing so He raised up our humanity into the Highest Heavens, bringing it into intimate contact with The Father.  In doing so Humanity is both raised up and transformed into something even greater than it was before.

The Gospel also states that Christ will come again.  This is a way of saying that the process which Jesus began with His incarnation, death, resurrection, and ascension, will one day come to its fullest expression.  All flesh shall see Christ, the dead will be raised, and the final judgement as to right and wrong will occur.  This necessary step brings about a new existence that is described at the end of The Book of Revelation: 3 And I heard a loud voice from the throne saying,

‘See, the home of God is among mortals.
He will dwell with them;
they will be His peoples,
and God Himself will be with them;
4 he will wipe every tear from their eyes.
Death will be no more;
mourning and crying and pain will be no more,
for the first things have passed away.’

5 And the one who was seated on the throne said, ‘See, I am making all things new.’ Also he said, ‘Write this, for these words are trustworthy and true.’

It is truly a beautiful future.

In summary, Jesus Christ is the one who unites Humanity with God.  He does this because He is God Himself, the second person of the Trinity, who became flesh and dwelt among us.  As fully human and fully God He was able to enter into the realm of death, our ultimate separation from God, and negate it from within.  Doing so left Death/Hell damaged beyond repair, opening the way to the General Resurrection, which ends in eternal life.  Christ has ascended to the right hand of the Father, bringing humanity into intimate contact with the Trinity.  He will come again in glory, bringing about the final restoration and unity of God and God's people.