Join Us For Worship!
Sunday Eucharist, Daily Prayers, and Formation

We are now holding in-person services following the pandemic.  Please feel free to join us at 8:00 or 10:30 on Sundays.  Christian Formation is offered for all ages at 9:15.  We will continue to stream the services on Facebook Live.

You can also join us for Daily Prayers at 9:30 am and 9:30 pm on Facebook Live and YouTube

We are a welcoming, comfortable, supportive community of faith.  The mission of the Church is to restore all people to unity with God and each other in Christ. ( BCP pg. 855)

In an effort to stay more connected, and pull together our various online resources, St. Francis has developed its own custom phone app.

Some of the features it includes are:

St Francis is an Episcopal parish in the Diocese of Southern Virginia.  To be Episcopal means we are an American Church descended from the Church of England.  To this day, The Episcopal Church, along with other Churches descended from England, enjoy an international association of Churches called The Anglican Communion.

St Francis is fortunate to have members from many areas of the Anglican Communion, including The United States, The Caribbean, Europe, and Africa.  The beauty of our common heritage is that no matter where we come from, we are able to unite in common prayer, and be together as a Church.

Mark your calendars for these great events coming up. 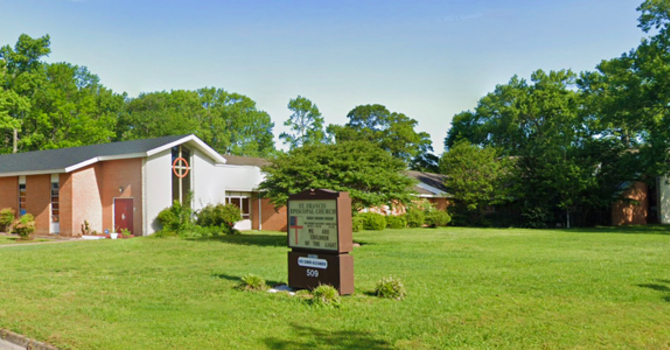 Recent updates to keep you in the loop.

Subscribe to receive email updates with the latest news.